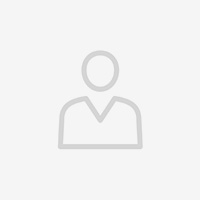 Douglas is the CEO of the Hamilton Associates portfolio of companies and President of the ELSCO business unit. He literally grew up in the business, working summers and school breaks in a variety of roles: machine operator, mechanical assembler, inventory manager, web designer, and others. Douglas later worked in financial services and in the early days of internet advertising before returning to Hamilton full-time as Sales and Product Manager within ELSCO. He was named President of ELSCO in 2007, and CEO of the full Hamilton portfolio in 2013.

Douglas attended Princeton University before completing his BS in Business Administration at Johns Hopkins University on nights and weekends while working full-time. He serves on the boards of the Regional Manufacturing Institute of Maryland and the Baltimore Symphony Orchestra. Outside of the office, Douglas is passionate about his family (including the dog), exploring peoples and cultures through international travel, and playing competitive tennis.

Douglas, in his own words:

My vision for Hamilton is to be a shining beacon on a hill – the kind of company that customers are excited to buy from, that employees love to work for, that suppliers are proud to sell to, and that other businesses strive to be like. I want everyone that comes into contact with our business – from a prospective employee to a business partner to a tax auditor – to walk away from the experience thinking “now THAT is a great company doing it right.” It’s a bold vision with a lot of competing interests to balance – and we don’t always get it right – but I believe that if we attract the best people and put them in an environment that fosters respect and collaboration, we can’t help but find success.

Ron Adkins is the President of ATI. He joined Hamilton in this role in 2014, following a series of escalating roles over 18 years within the Spectris group of companies. At Particle Measuring Systems, he was the Vice President & General Manager of the Life Sciences Division, the Director of the Asia Pacific region, and the Manager of the Services Product Line. Before that, at NDC Technologies, he spent several years as a Global Product & Market Manager, after starting his career as an Electrical Engineer.

Ron is passionate about creating transformational growth, developing teams, and finding ways to unlock the potential in a business and its people. An avid learner, he works hard to develop and improve his emotional intelligence and leadership toolset on a lifelong journey to try to become the best version of himself. He has an Executive MBA from the University of Colorado and an Electrical Engineering degree from the University of Dayton. Outside of business pursuits, Ron enjoys spending time in the outdoors, especially with his wife and two daughters and friends, and he enjoys traveling (especially internationally) and playing (or now watching) football and other sports.

Ron, in his own words:

I was drawn to join Hamilton and ATI because I wanted to contribute my strengths to creating something very special, and I could tell that I shared many beliefs and values with Douglas (our CEO) and the Hamilton Board. I was energized by the opportunity to help create a safe and inspiring workplace for our people, and by the significant growth potential I could see in the ATI business. Several years later, I remain just as energized by creating opportunities for people to live their best lives, by the incredible work we do to improve the quality of human living, and by the significant growth potential that remains in the ATI business. We have hard work ahead to become the company we want to be, but we are building a tremendously talented team of people who believe in our cause and in each other, and from my viewpoint, that is the key ingredient for success. It is humbling, a great responsibility, and quite a lot of fun to have the opportunity to lead such a team, and I look forward to seeing what we can do in the years ahead in ATI and in all the Hamilton companies.

Angela is the Operating Partner and President of Dirt Killer Pressure Washers (DK) and its associated retail store Atlantic Pressure Washers (APW), a position she has held since 2018. Before that, Angela spent 25 years in Operational Procurement, specializing in enterprise procurement programs, operational efficiency, and change management for companies such as Panasonic Company, Coca Cola Enterprises and Johns Hopkins University. She is a true local, born and raised in Baltimore, a graduate of the University of Baltimore and a hometown fan of everything Baltimore, the Orioles, Ravens, BSO and the many fantastic Baltimore Museums. She has been trained as a Lean Six Sigma Black Belt through Villanova University and is a graduate of Goldman Sachs’ “10,000 Small Businesses” program.

During her time off Angela is most likely to be spending time with her family and her dog, “Aria” who can frequently be found chilling out in her office at APW. Angela recently served on the Board of Maryland CASA (Court Appointed Special Advocates for Foster Children). Her other passions are tennis, travel, entertaining and antique jewelry.

Angela, in her own words:

My mantra is simple – a rising tide lifts all boats. If we are the best we can be, we lift ourselves up and take everyone around us with us. I love this business because of the deep respect I have for our customers. They have incredible work ethic, they continually show strength and perseverance, and they have a direct impact on our communities. They hire within them, spend within them, and beautify them!

Kathy Burke is the Human Resources Director for the Hamilton portfolio of companies.  Kathy joined Hamilton in 1994 as the company’s Human Resources Manager at a time when the company had approximately 40 employees – a number that has almost tripled today.  Along with her prior experience in all aspects of human resources management, Kathy also brought with her a deep passion for helping others and building an organization that values and respects its employees.  Kathy is proud of the people-first organization that Hamilton has become over the years.

Kathy, in her own words:

I am so proud of the company Hamilton has become, the dedicated team we have built and the company culture that we have created over the years.  We have a truly unique company culture—one that is built on a foundation of a small company, family “feel” and empowers our employees to make a difference in their jobs, their careers, and their communities.  Our employees are able to contribute in meaningful ways that instill a great sense of pride and ownership in their roles. We have built a team that is invested in what we do, feels emboldened to share and implement their ideas, and has fun doing it!